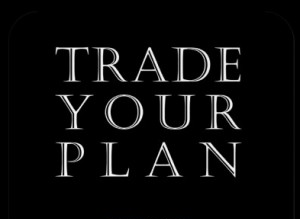 - "The Rising Wedge in the Daily charts broke down conclusively last week
The Target of the Wedge may be apprx. 5200 level from where it started." (Pattern)

- "Looks like the prices are in the final stage of the squeeze on Weekly charts." (Pattern)

-"Trading is now below 50 dma ,which now will act as a Resistance and may be tested for whipsaws." (Moving Averages)

-"Break of 5400 may give a quick 5200 due to unwinding of positions as 5400 looks more of a hedged level than actual Support going by the data." (Option Analysis)

-"The Blue scenario indicates the basic Preferred count and the Black one as Alternate.
We may now be in the 3rd wave down of the larger C(Y) and we may have completed the first wave of the 3rd (apprx. 5700-5450) ." (Elliott Wave Analysis)

"- Bias is down with probability of an initial upmove if 5450 is held.

The above was the Analysis and a Probable Trading Plan. Now for the execution of it , we played it simple by just drawing a Trendline and testing an important level daily for checking the invalidation of the above analysis and just rode the Trend down. This was done to take max. advantage of the probable trending downmove of the 3rd wave to emerge as per the analysis above. Check out the updates daily eod for the next day -

"The indication of strength in short term ,trading above 5480 level, mentioned yesterday, was broken in first few minutes of trade and never recovered."

"The bias is firmly Down trading below 50dma now."

"If the Preferable EW count in the Weekend post - Click Here holds good that we are in the 3rd wave , then a fast move to apprx. 5300 and then below it is on the cards."


"Keep 5485 as SAR for trade and manage if gets hit. (for any reversal and locking in profits and also incase of whipsaw to re ride the downtrend) "

"Having said that I dont see a Bottom / Reversal still in place."

"Remember , We dont have control over Markets but only on our actions to manage the trade , also we will never get the Top or Bottom so taking out most of a Trending move is the next best thing."

This has been a good Week to trade because of a onesided expected Trending Downmove holding true. Generally such moves form only about 20% of the time span , rest is rangebound trading of some kind. The Analysis and the Execution should take care of both the Trending and Rangebound sideways Market to emerge an overall Winner .

Thanks for the step by step guidance.

Hope it was of help