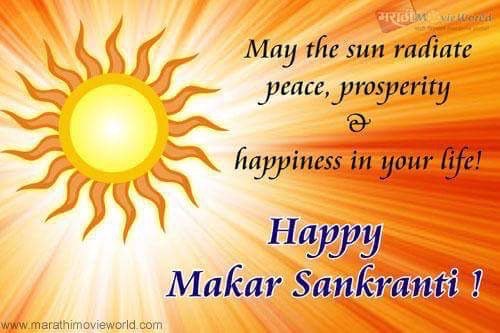 Prolonged Correction is on from the High of 9119. The start of 2016 has been quite Bearish. Check out where do we stand in bigger Picture and the probable structure of Correction . 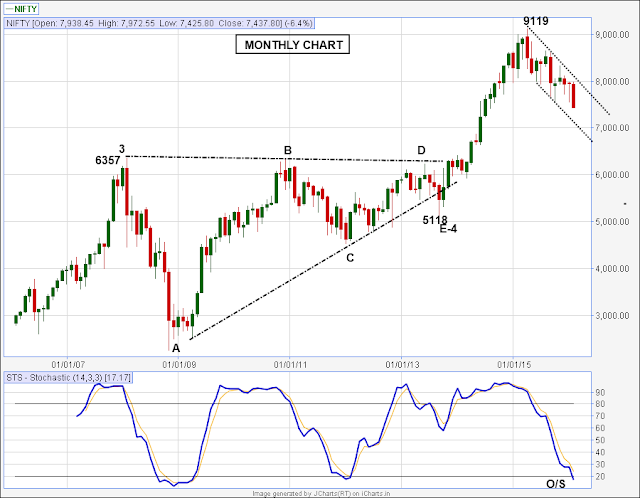 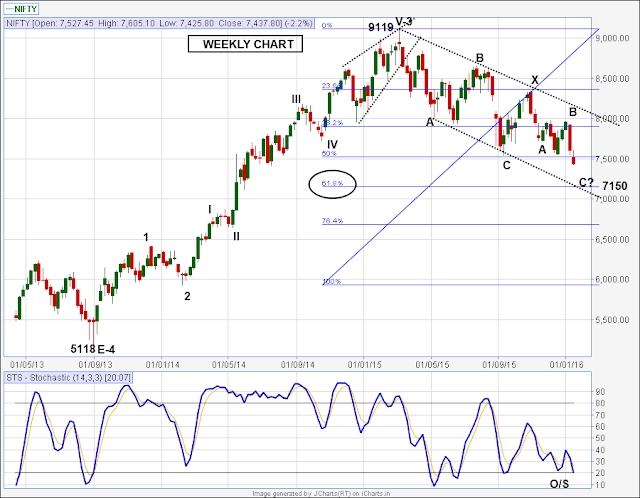 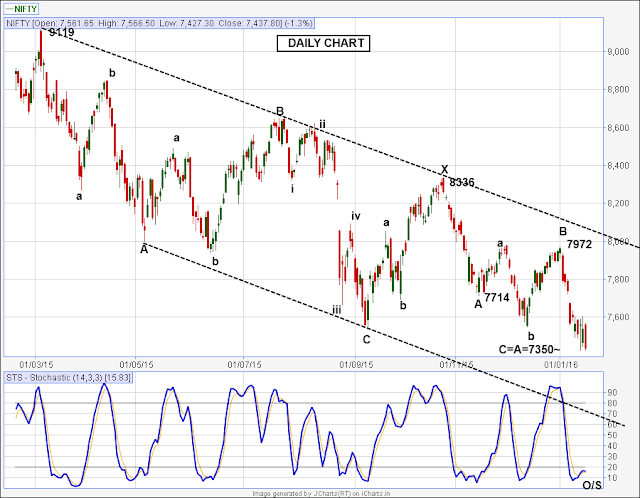 ~ The Correction since 9119 may be taking form of a probable ABC-X-ABC structure. We may be in the last C down of it.

~ Though from 8336 high the C=A gives a probable target of 7350, extension is possible because of the F&O series dynamics and the momentum .

~ All the Time Frames are now in Oversold zone.

~ Capitulation move may come in this week or next.

~ Longs are Contra to the Trend in all TFs till signals of Bottoming out start to appear.

Nice to see you after a long long time.